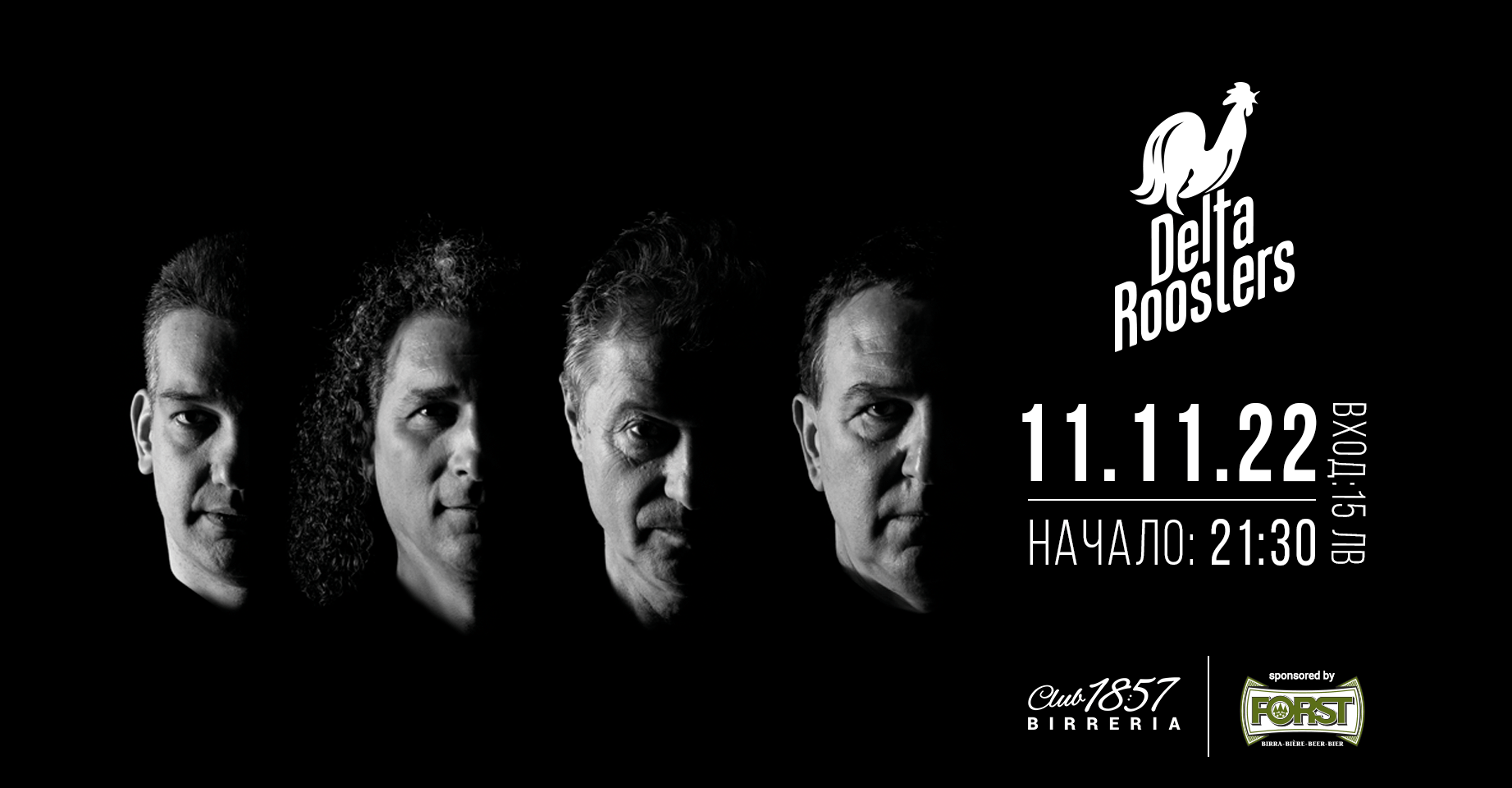 📆 On November 11th  we invite you to a magical musical evening where we will caress your senses with the great 🎵 music of Delta Roosters.
🎤 The band was founded in 2011, and the first official performance was at the Sofia Blues Meeting, held in October 2011 👉 Since then Delta Roosters have a permanent presence on the Bulgarian blues scene.
🎶 Delta Roosters started to push their original songs as well, releasing their debut album “Blues and Rhythm” in December 2018.
🎼 Their second original album is expected to be released in late 2022.
📢 11.11.22 | 21:30ч.
💲Price:15lv.
📍Location: 22, San Stefano St.
📞For reservations: +359 886 001857